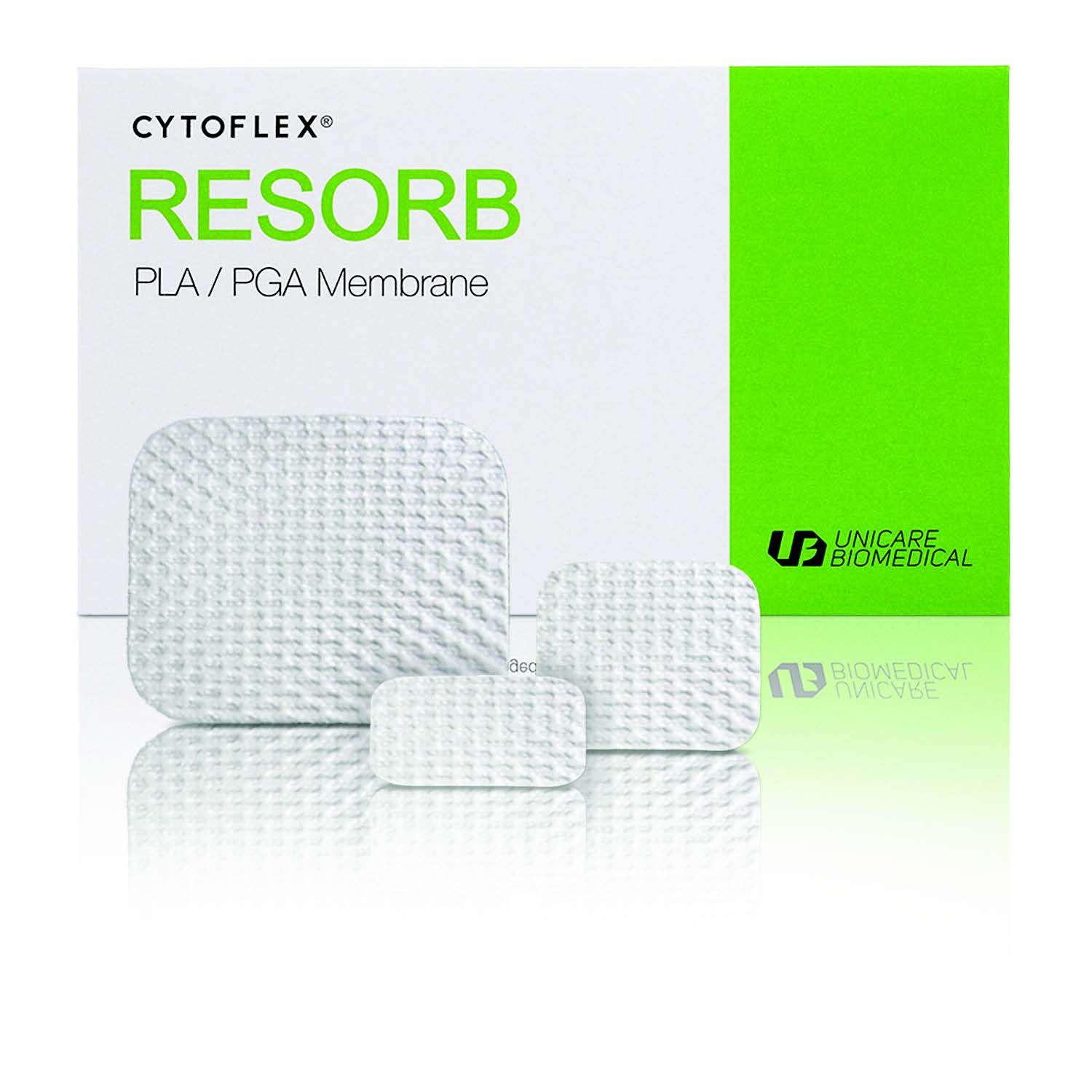 Cytoflex® Resorb is a synthetic, microporous resorbable barrier membrane. Cytoflex® Resorb membranes are designed to enhance the adhesion of host cells, and at the same time provide a favorable environment for neo-vascularization and repopulation of bone cells to regenerate osseous tissue. The flexible barrier membranes are easily adaptable to tissue contours, yet offer sufficient duration to protect the bony defect from the intrusion of bacteria and soft tissue. Composed of synthetic polylactide and polyglycolide copolymers, Cytoflex® Resorb barriers are resorbable and do not require a second retrieval procedure.